These days the agenda of Isabel Behncke Izquierdo, Primatologist and Researcher at the Research Center in Social Complexity (CICS) of the Universidad del Desarrollo, has been full. The current global health crisis, which has led to the expansion of COVID-19, has led societies all over the planet to turn around and look for answers in nature, science and what researchers have to say. And in Chile, this is no exception.

Thus, with the proposal to take evolutionary biology into consideration, Isabel Behncke was interviewed by La Tercera newspaper, making it clear that “if we continue to destroy natural habitats, there are many more animals for future zoonoses. This pandemic is certainly not going to be the last one”. 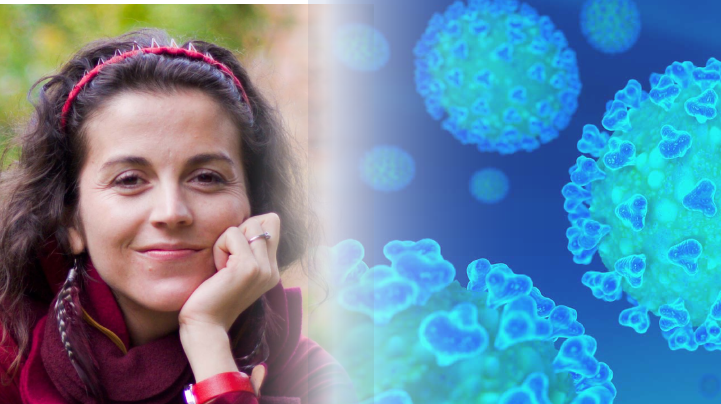 For the scientist, the spread of the virus on a global scale in just a few weeks has been impressive, stating that “we spent trillions of dollars on defense systems and a strand of RNA is bringing us to our knees”. And it is in this context that Behncke points out that evolutionary biology can shed “light” on this phenomenon and, at the same time, on the social behaviors we are seeing in response to the pandemic. “Isolating ourselves in a time of crisis, for example, is very difficult for this species. We are social beings whose survival depends, above all, on the group,” he says.

In the same way, the primatologist glimpses that, to get out of this crisis, “we will have to attend to the different levels in which society is organized, and that will force us to weigh between different values, between sacrifices of different kinds. Evidence of this has been given at different scales, in different countries, showing that “times of disaster show the best and the worst of human nature”.

In another line, the empathy between individuals is, in Isabel’s opinion, very different when it comes to “ask for empathy to humans who do not know each other. (…) The interpellation has to be ‘let’s understand each other as a society’, more than ‘you understand me'”. You can see the complete interview here

More than 200 people participated in the talk “Conversations with impact: coronavirus, lights from Evolutionary Biology”, organized by the School of Government of the Universidad del Desarrollo and whose novelty was the innovative transmission of the event via Zoom.

The event was moderated by the Dean of the School of Government, Eugenio Guzmán, who, in a talk lasting about an hour, spoke with the primatologist about the different aspects of this crisis, insisting on the “ecological” and “systemic” viewpoint, that is, looking at the system as one that is interconnected, with different networks and hierarchies within society.

Similarly, he added that the pandemic came to remind us that “nature exists; that we are part of it; and that we have never stopped being part of it and that it is time we started to understand it. Given that “we are highly social beings, (…) cognition and affect evolved in a context of face-to-face interactions, (…) so this (confinement) could bring us psychological disorders in the medium term”.

Similarly, on the Radio Coooperativa’s programme “Talking about”, Behncke talked about how evolution has enabled us to prepare for pandemics around the world. The programme is hosted by Paula Molina. Listen to it here.

Check this afternoon the intervention the Chilean scientist will make in BTG Talks with the theme “Navigating uncertainty”, together with Cristián Warnken. The interview will be streamed on www.btgpactual.cl at 6pm.