The Researcher of the Doctorate in Social Complexity Sciences(DCCS) Faculty and part of the  stable team of the Data Science Institute, was recognized as a member of the ISI Fellow program for a three-year period.

In his IDS office at the Universidad del Desarrollo, Leo Ferres looks happy. A few weeks ago he arrived back from Turin, Italy, after receiving the ISI Fellowship, a recognition that selects the best international academics to be external members of the ISI Foundation research community for three years. In this recognition, the scientist is accompanied by Tina Eliassi-Rad (Khouri College of Computer Sciences, Northeastern University, Boston, USA), and Manish Saggar (Stanford University School of Medicine, Stanford, USA).

The IDS researcher talks about his personal and professional impressions after receiving this recognition, as well as his projects.

What does the awarding of this membership mean to you?

It is very important to me personally and professionally because we have been able to establish a very close relationship with the ISI, on the topics that interest us, such as the Data Science for Social Good subject. For three years now, the ISI people have been very welcoming to me, and it has become my intellectual home away from the UDD. And we have already been able to carry out large projects, such as one on Mobility and Gender with the UN and UNICEF, and the relationships have been growing in an organic and mutually beneficial way.

Professionally, the Fellowship is very important because affiliation formalizes the personal feeling of belonging that I tell you about above. That is vital for new and larger funding. It’s an enormous privilege to belong to that group of people. The other two people are Tina Eliassi-Rad (Khouri College of Computer Sciences, Northeastern University, Boston, USA), and Manish Saggar (Stanford University School of Medicine, Stanford, USA), very impressive people from whom I intend to learn a lot. Being in that group of people gives you a certain level of prestige and very important recognition.

I started working on a personal level with some of them (at ISI) since 2016, which are my Data Science for Social Good group, and at the beginning it was like what you usually do in scientific collaboration: for example, doing a paper together. But the relationship went much further: Ciro Cattuto (ISI Scientific Director) was the one who came to inaugurate IDS in 2016 and, with the Data Science Institute, they have become a kind of “sister institutions”, on a scale, in which we are the “little sister”, because they are very impressive, the amount of researchers they have is enormous. It is probably one of the most important Senior Centres for scientists of social complexity in Europe.

So, I started to work with them as a scientific collaboration, but this (the membership) is more a recognition, it’s like saying “look, you’ve done enough for the ISI, it’s time to formalize it and become part of the family” and that fills me with pride. The ISI for me is like a landmark, something I aspire to intellectually, so to speak. It fills me with pride to belong to that group of people.

What will be your job during these three years?

We have several lines of research, all of them related to data philanthropy, studying social welfare problems from the methodologies we have, and one of the lines is Human Displacement, which is when there is a catastrophe or something that determines that many people have to mobilize. We are going to do research with respect to where there is a lot of displacement of people due to an exogenous factor, such as a disease or earthquakes, and on the other hand, with more social factors, such as wars.

We will also continue with the digital divide, that is, try to see how it impacts on gender equality in groups of people who are much more vulnerable. For example, right here in Chile we did a study of how different socioeconomic groups accessed the news. Those are the three strongest lines that we are going to address during these three years of fellowship: displacement, gender, and access to information. 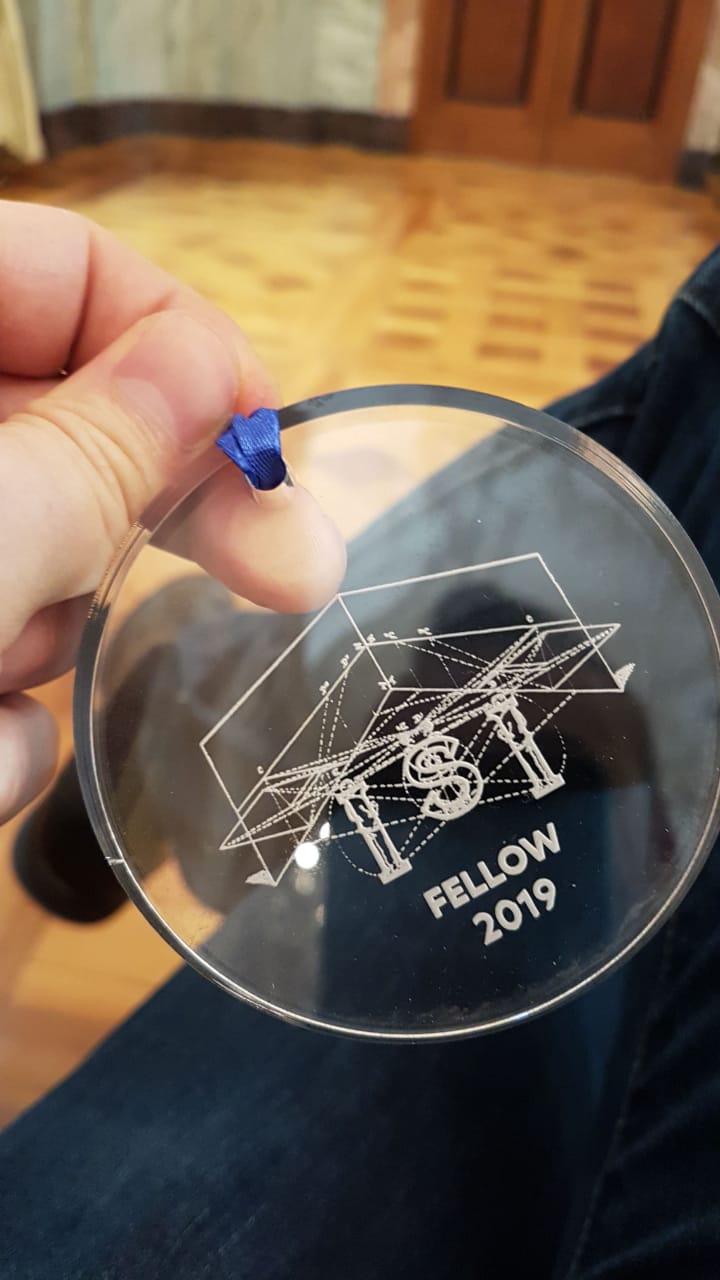 What remains in the three years is that they come and I go. After that, I become an honorary member. You don’t lose your fellowship. For three years I have part of the funding to come and go; and then I have access to certain kinds of privileges that they have. But of course, between Turin and here there is a formal bond. Before it was scientific collaboration, and now, in my firm, I have the affiliation of the ISI, and that’s also very important. With that, I can try to apply for funds outside Europe or in North America (where they also have a headquarters).

I am now under the ISI “umbrella”, so all the data or access to European policies, I have it too, and so on. The truth is that I am very enthusiastic about the things that can be done. The enthusiasm is infinite at this stage.

In your opinion, what characteristics do or should researchers have in order to be considered for membership in the ISI?

Many of them have several lines; however, the most important one is the one related to “complex systems”, a mix between computing and physics. This is a fairly quantitative area. Although, for gender studies we have people who are more from public policy, from the qualitative area; so far in this particular fellowship group, there have been more people from complexity science, computing, physics, complex systems, etc.

After working a couple of years in collaboration with the ISI Foundation, Leo was recognized as a member. For the researcher, this would not have been possible without the support of various actors who accompanied him in this process.

I think it is worth emphasizing the fact that, that I have earned the ISI is, in part, “to scale”. One does not earn this alone. One of the most important things is that I have had a lot of support, almost unconditional, from the Institute and the Faculty. Loreto Bravo (Director of the Institute of Data Science) and Fernando Rojas (Dean of the Faculty of Engineering at UDD), were crucial to this: without them I would not have been able to do even half of what I have done. Many times, Science is ungrateful, in the sense that you can do a lot of research and not have a result, and you need a lot of time to focus and that time has been given to me. That for me has been the most important thing: support.  That time has translated into this recognition at the international level. In fact, this is the first time that a Latin American has won it!

Of course, I also want to thank the ISI because, at the end of the day, if you look at the two people who are there with me, Manish and Tina, they are two incredible people, really very famous and to be in the same “group” they are in, is very impressive for me, a tremendous honor. I cannot fail to thank, in particular, Ciro Cattuto (Scientific Director ISI) and Daniela Paolotti (Principal Investigator), as their support and that of the whole ISI was key. In the short history of IDS, they have been fundamental. The relationship between ISI and IDS was developing organically, for a more personal matter, but not now: there is a stronger bond, a shared affiliation.

The award is a recognition, but really the privilege is to have spent that time dedicated to Science with them,” concludes the award-winning researcher. 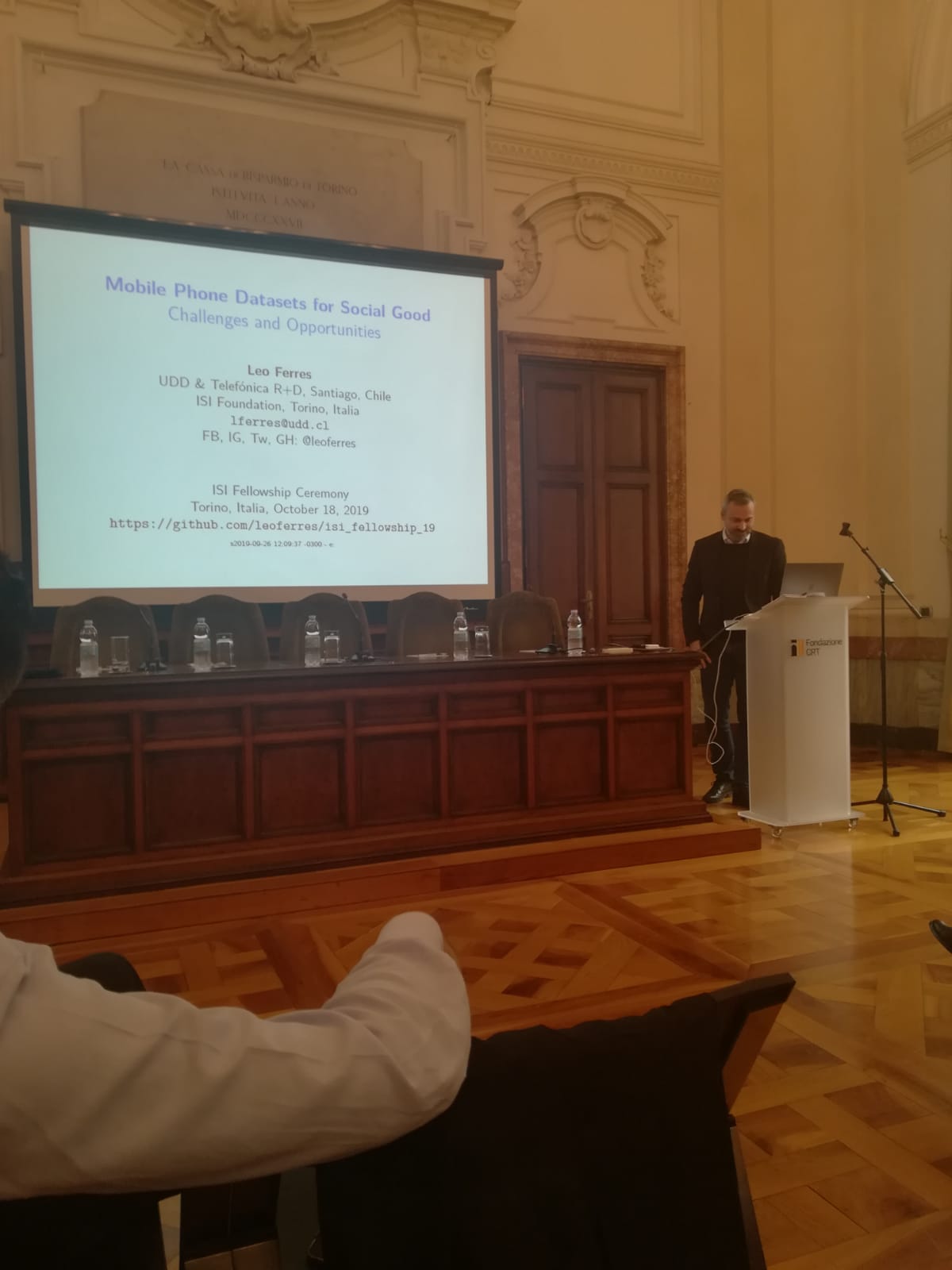 Canada and a B.A. in Computational Linguistics from the National University of San Juan, Argentina.